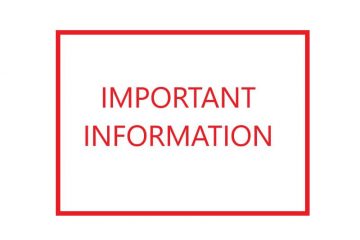 To help stem the spread of Corona Virus we will be cancelling all groups temporarily over the next two weeks (week commencing the 16th March & 23rd March). The wellbeing of our service users, staff and volunteers is of course our main priority and therefore, the decision has been made Read more…

These are the stories of gay women in a Nazi concentration camp.

For decades these stories were lost, as lesbianism remained taboo in the post-Nazi era.

“There was no solidarity for the homosexual prisoners; they belonged to the lowest caste,”

It is 75 years today since Auschwitz concentration camp was liberated, which signalled the beginning of the end of one of the most horrifying chapters in modern history: the Holocaust.

Every year on this day, the world remembers the millions of people who lost their lives during the Holocaust.
Up to 17 million people were exterminated under the Nazi regime, with six million Jews included in that number.

The Holocaust was, at its core, a wide-scale and violent persecution of minority groups – and LGBT+ people were not exempt. Between 1933 and 1945, an estimated 100,000 men were arrested for homosexuality in Nazi Germany. 50,000 were sentenced for their “crimes” and an estimated 5,000-15,000 gay men were sent to concentration camps.

The world today is a very different place, but the threat of violence is never too far away for minority groups. Hate crimes have surged across the world, including in the UK.

Today we remember you, and today we will continue to challenge LGBT+ hatred and other hatred alike.

We are in development!

Much as our visible work is important, the team are working hard to ensure Hart Gables will continue to meet the needs of our local communities and continue to aim for financially sustainability.

It takes time, effort and understanding to keep a service above water, especially in these challenging times, but fear not, we are working on it and we have BIG plans in place for the future.

As we head forth to our 20 year anniversary we invite you to expect exciting developments over the coming months.

Do you know a young person who has made a difference to the lives of other young people who are LGBT+?

If you know someone who fits the bill or has delivered similar work, drop us a line for an application form.
Info@hartgables.org.uk
01642 675509 ... See MoreSee Less