This month we celebrate Jack and Sarah’s 10-year Anniversary at Hart Gables! 🎂🥳

We cannot believe that it has been a whole decade since Sarah and Jack started their journey with our organisation.

Whilst their journey hasn’t always been easy, the pair have never faltered in their dedication and commitment to Hart Gables and the LGBT+ community of Teesside.

To celebrate their anniversary, we would like to share with you a collection of milestones both have been a part of. Sometimes, it’s important to look back on the work we’ve delivered and the change we’ve created to really appreciate the efforts and expertise of our team.

Sarah and Jack are no strangers to running support groups and over the years they have cofacilitated 9 groups most of which ran and still do run weekly, including, Born to Be, Right to Be, T-Time, Midweek Mix, Morning T, The L Birds, Young at Hart and Cloud 9.

We estimated that throughout their 10 years both Sarah and Jack have delivered around 1,700+ group sessions, supporting an estimated total of nearly 2,400 LGBT+ individuals, Jack continuing his group work to date.

One to one work has always been a primary source of support offered to our service users, Sarah and Jack have delivered over a thousand one to ones since beginning their journey at Hart Gables.

As Sarah stepped back from one to one work Jack continues to do so, delivering around 4-8+ sessions per week!

It’s important to highlight at this point Jacks works around Gender Identity and the support he has and still does offer, a true role model and guide to all things Gender Identity, you really have changed the lives of many.

In Sarah’s first year as hate crime officer back in 2010 she established the Roseberry Topping ‘Climb for Equality’ in celebration of International Day Against Homophobia, transphobia and biphobia. Last year we seen the 10th annual equality climb that over the decade has seen hundreds of people take part in.

In the first 3 years of Sarah’s role she recorded 83 incidents of hate crime in our area and worked alongside Cleveland Police to break down barriers.
Alongside this work, Sarah and Jack delivered awareness sessions throughout North East Prisons, including HMP Holme House, HMP Kirk Levington and HMP Low Newton.

The pair have been instrumental in the establishment of our services fund-raising project LGBT Advance which was officially founded in 2018.
Pre 2018 Sarah and Jack delivered around 300+ training/workshop sessions over a 7-year period training over an impressive 3,400 delegates.

In 2016 they took 6 potential training courses to a panel that successfully accredited all 6 programmes meaning by 2017 the Hart Gables training packages were OCN approved.

In this time Sarah completed her preparing to teach in the lifelong sector teaching qualification and both Sarah and Jack become Stonewall Training Partners.

Since the founding of LGBT Advance in 2018 and with support of new recruits Kay and Andy, the pair alongside Sian have supported a further 500 delegates as the fund-raising project grows from strength to strength.

Projects and campaigns are the heart of the organisation and Jack and Sarah have been involved in so many over the years we have lost count, as a little reminder some include, Rainbow Respect, Eliminate Hate Rehabilitate, Live Free Speak Out, the Quiltbag Monologues, the LGBT hate Crime Project – Real Stories and a more recent project Top Tips from Trans Teens.

As Jack continued with his role that ensured the continuity of high standard support, Sarah launched the organisations LGBT Tees Valley Forum back in 2016.
With the support of our newly appointed Chair Tracey Herrington the pair written the organisations very first 5-year LGBT Tees-wide strategy, creating organisational priorities and local key themes.

Since then the forum has developed even further and is led successfully by its very own Forum Coordinator Kay, who became the driving force behind the Forum in 2019.

Sarah and Jack over the years have taken part in various training opportunities to ensure all their outcomes were achieved to the best of their ability, some qualifications include teaching, advocacy, mental health, youth work, restorative justice and bid writing.

With Sarah’s training around bid writing and the support from SJA and the Chair of Hart Gables, the organisation is now in the most financially healthy position it’s ever been in before, fund raising enough money to ensure the charity thrives for another 3 years!

The partnership haven’t just supported local LGBT+ communities, they have appeared in several short films that represent wider LGBT+ people, including LGBT Visibility- Celebrating the L, Talking T and Straight Expectations. Sarah even appeared on ITV news when Hart Gables led the people of Middlesbrough into gathering together to remember the lives of all those lost in the mass Orlando shootings.

The pair have challenged local and global issues effecting LGBT+ communities by speaking on radio stations including, TFM and BBC Tees, they have also promoted campaigns and causes within our local media circle, including press platforms like the Hartlepool Mail, The Chronicle Live and the Northern Echo, but their efforts don’t stop there.

In order to go that extra mile for service users over the last 10 years Sarah and Jack have hosted many quiz nights, Christmas Dinners, celebrated birthday parties, hosted darts and pool tournaments and even accompanied service users to asylum appeals.

As we celebrate 10 years with them both, we hope to celebrate another 10 years more!

Sarah and Jack couldn’t have attained their achievements without the support of a fantastic team and the input from a very special person, Ronnie Khouja.

Ronnie was instrumental in building the foundations of the service and he himself supporting hundreds of young LGBT+ people throughout the Tees Valley.
Also, a big thanks to Sian for co facilitating groups helping us get to where we are today, and a shout out to our most recently recruited team members Andy and Kay for helping to change the culture of the organisation and develop the service even further.

Let’s give them both a big shout out and let’s see what they have to say;

‘My time with Hart Gables over the past 10 years has helped me grow as a person.
To help people become their true selves so they can go out into the world with less fear is amazing.
I couldn’t see myself doing any other job’ ~ Jack Cummings

‘Hart Gables is a massive part of who I am, and I care deeply for the community we work with.
These remarkable people give me the privilege of learning something new every day, allowing me to use that knowledge and turn it into the energy that helps keep our service running.
The organisational transition over the last 10 years has been exciting, some parts daunting and others emotional, I’m so glad I got to experience it with Jack and the rest of the team by myside.
Hart Gables is a lifeline to many, and a home to more’ ~ Sarah Lewis

Many thanks to our Chair Tracey Herrington and our board of trustees, a special thanks to Linda, Al, Sue, James, Lauren, Casey, Xan, Christopher, Amanda and Louise for all your support over the decade! 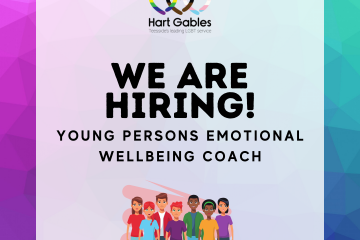 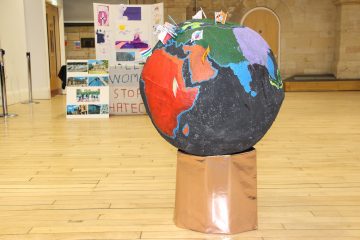 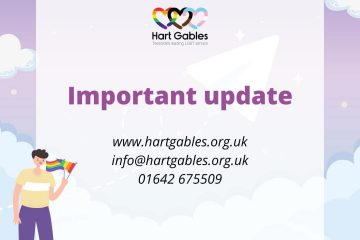 Unfortunately, the lovely Jack is not too well at the moment and although he is feeling much better, he will be taking some well needed time off work to recuperate. All referrals to Jack will Read more…